Our UK charity for veterans of the armed forces and emergency services has some great supporters. Many are veterans themselves, so understand the problems associated with returning to civilian life. 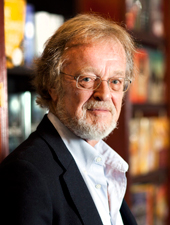 Bernard Cornwell, OBE is the author of many historical novels including the Sharpe stories about the Napoleonic Wars. He feels very strongly about veterans’ needs.

Bernard has kindly allowed us to call our Café Hubs after his hero, famously played by Sean Bean. We are also offering world-exclusive merchandise based on quotes from the novels in our Sharpe’s cafés.

“I’ve made a living writing about the adventures of soldiers. It just seems appropriate to give something back to the men and women who’ve provided me with so much material! I have a huge admiration for those who serve in our Armed Forces. They risk everything to make certain we have a comfortable existence. Too often their problems and needs are ignored when their service ends.

A very good soldier once told me that his career had been spent ‘fighting battles for those who can’t fight for themselves’. Now many of those men and women who fought those selfless battles need help themselves. FirstLight is trying to offer that help, and I’m honoured to be involved.” 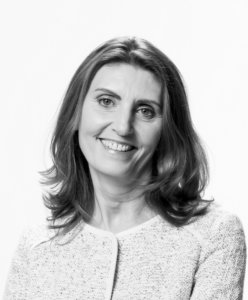 Ida is the Co-Head of IOME, a private investment partnership of women principals from the Gulf region with its head office in Riyadh, KSA.

Additionally, Mrs. Beerhalter also serves as an Ambassador, Member of the Board, Trustee, Committee Member, Advisor, and Expert to various for-profit and not-for-profit organisations around the globe specialised in a wide range of issues including, social business, entrepreneurship, economic development, leadership, education, impact investment, economic development, mental health, gender inclusiveness, women empowerment, investment in emerging markets, and wealth management, family governance and succession planning. As an investor she also manages her own investment portfolio. Mrs. Beerhalter was awarded with the TIAW World of Difference Award in 2015. 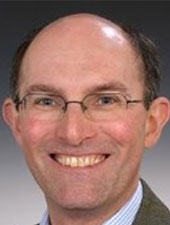 A former Brigadier with the Royal Engineers, Jim served in the Falkland Islands, Northern Ireland, Balkans and Iraq. Delivering military engineering bomb disposal gave him a particular interest in the importance of resilience, strategic planning, infrastructure support and sustainable development. This is what he now focuses on.

As well as commanding operations Jim has established such diverse programmes as the Whole Fleet Management, the Defence Infrastructure Organisation and the Army Retention Strategy. He was also a Trustee and Director of the Army Sports Control Board. He is a Fellow of the Institute of Royal Engineers and the Chartered Institute of Management.

Since leaving the Army Jim has worked for KBR, Carillion and AECOM as a Business Unit Leader, Sector Lead and Business Development Director. 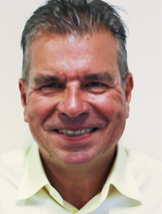 James served in the Royal Navy as a Reserve Officer for more than 20 years, rising to the rank of Commander. He is also a Professional Chartered Engineer with more than 40 years’ experience, spending most of that time working for the NHS as a Director of Estates, Facilities and Capital, in a number of medium and large acute hospitals across the country.

He is also the Non-Executive chairman of Beyond Housing, a large association operating in the North Yorkshire / Cleveland region. He is also a Non-Executive Director for GFSL a Ministry of Justice owned company, providing services to the Prison estate in the South of England.  He also remains active in supporting the Yorkshire and Humber Reserve Forces and Cadets Association. 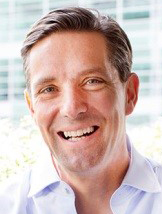 Simon is a former Coldstream Guards officer where he served on operational tours including Bosnia in 1994.

As a result of his own life journey and seeing PTSD’s impact, Simon is passionate about teaching people the tools for great mental health. He believes they are not taught nearly widely enough in society today.

Simon is a chartered accountant. Previously he was CEO of the Family Office of one of Middle East’s oldest trading families. He was also a partner of the international trust services firm Rawlinson & Hunter and a senior manager with the Swire Group.

Today Simon has a thriving coaching and consulting practice and is committed to working with individuals who are seeking greater purpose and fulfilment in life; bringing them back into alignment with who they truly are, so that they can lead more joyful, meaningful and impactful lives. This work extends into his consultancy practice with wealthy and complex families who want to empower their children to find meaning and responsibility in their wealth and make it a blessing and a force for good. 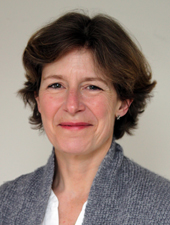 Dorinda’s father was a Gordon Highlander and she comes from a military family. She has witnessed first-hand the catastrophic impact PTSD (post-traumatic stress disorder) can have on lives.

As founder of the award-winning Independent Gardening Ltd (appropriately transformed into Knackered Gardener Ltd), Dorinda creates outside space for sufferers of brain injuries and neurological disorders. These gardens are designed for enjoyment and practicality. The therapeutic garden Dorinda showed at Hampton Court Palace Flower Show is now located at Combat Stress’s Tyrwhitt House centre.  Dorinda is also a trustee of ASDIC the network for UK drop in centres, and is a firm believer in the power of collaboration and environment to help support lead better and happier lives within their communities.

We use cookies on our website to give you the most relevant experience by remembering your preferences and repeat visits. By clicking “Accept All”, you consent to the use of ALL the cookies. However, you may visit "Cookie Settings" to provide a controlled consent.
Cookie SettingsAccept All
Manage consent

This website uses cookies to improve your experience while you navigate through the website. Out of these, the cookies that are categorized as necessary are stored on your browser as they are essential for the working of basic functionalities of the website. We also use third-party cookies that help us analyze and understand how you use this website. These cookies will be stored in your browser only with your consent. You also have the option to opt-out of these cookies. But opting out of some of these cookies may affect your browsing experience.
Necessary Always Enabled
Necessary cookies are absolutely essential for the website to function properly. These cookies ensure basic functionalities and security features of the website, anonymously.
Functional
Functional cookies help to perform certain functionalities like sharing the content of the website on social media platforms, collect feedbacks, and other third-party features.
Performance
Performance cookies are used to understand and analyze the key performance indexes of the website which helps in delivering a better user experience for the visitors.
Analytics
Analytical cookies are used to understand how visitors interact with the website. These cookies help provide information on metrics the number of visitors, bounce rate, traffic source, etc.
Advertisement
Advertisement cookies are used to provide visitors with relevant ads and marketing campaigns. These cookies track visitors across websites and collect information to provide customized ads.
Others
Other uncategorized cookies are those that are being analyzed and have not been classified into a category as yet.
SAVE & ACCEPT
Powered by